Attorney Buck is settlement oriented, but tough and aggressive when needed (in litigation). She strives to minimize trauma in divorce, and believes these are problems to be solved, not battles to be fought.

Because of Ms. Buck’s diverse background in nursing and administration, after September 11, 2001, she concentrated much of her time as a volunteer nurse and instructor for the Emergency Services Department of the American Red Cross, traveling to New York, Colorado, California, and as far as Guam with the disaster relief efforts. She continues to volunteer on both a local and national level.

As an attorney, Ms. Buck worked as an associate at Plakins, Rieffel & Ray P.C., where she concentrated her practice on medical-malpractice defense. In addition to owning and operating her firm in Chalfont, she now devotes many hours to the pro bono representation of Protection from Abuse clients. Additionally, Ms. Buck devotes much of her practice to family, including collaborative divorce and mediation. 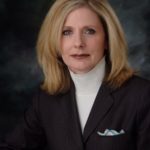