Ms. Borradaile is an attorney with the firm of Vetrano | Vetrano & Feinman in King of Prussia, Pennsylvania. Ms. Borradaile received her B.S.B.A from the University of Richmond in 2002 and her J.D./M.BA. from Villanova University in 2006. While at Villanova, she gained practical experience by representing low-income tax payers in the Villanova Federal Tax Clinic. Also, while in law school, Ms. Borradaile interned for the Honorable Carol Sandra Moore Wells, a Magistrate Judge for the Eastern District of Pennsylvania, where she took part in the preparation of legal opinions.

Upon graduation from law school, Ms. Borradaile served as a Family Law Clerk for the Honorable Joseph P. Testa. J.S.C., in Cumberland County, New Jersey. During her clerkship she acquired extensive experience in legal writing, including the preparation of legal opinions, court orders, and briefs. During her time as a law clerk, Ms. Borradaile was also trained and served as a certified mediator.

Ms. Borradaile became licensed to practice law in Pennsylvania and New Jersey in 2006. She is a member of the Family Law Section of the Pennsylvania, Chester County, and Montgomery County Bar Associations. Ms. Borradaile has been a member of the Doris Jonas Freed American Inn of Court since 2008. She was elected to the executive board in 2012 and serves as treasurer.

Ms. Borradaile has been named a Rising Star in Family Law by Super Lawyer Magazine seven times: 2010, 2014-2020. The rising star award is given to the top 2.5 percent of attorneys in the state who are 40 years old or younger, or who have been practicing law for less than ten years. She was named an Awesome Attorney by Suburban Life Magazine in 2011 and 2012. Ms. Borradaile was named a Top Lawyer by Main Line Today Magazine.

Ms. Borradaile’s practice is limited to all aspects of family law. 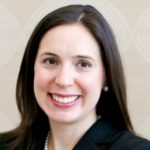