Key Issues Regarding Marital vs. Non-Marital Assets in PA Divorce

One of the key tasks in a divorce is identifying the marital versus the non-marital assets of the divorcing couple.

To obtain a better understanding of the key issues involved regarding marital versus non-marital assets, David Anderson, principal of David Anderson & Associates, a Philadelphia forensic accounting firm that provides marital dissolution and business valuation services in Philadelphia and the Delaware Valley, interviewed Kathy Bloom, Esquire. Ms. Bloom is an attorney-mediator who is the Managing Partner of the family law firm of Bloom Peters, LLC; the firm has offices in Horsham, PA and Mount Laurel, NJ. 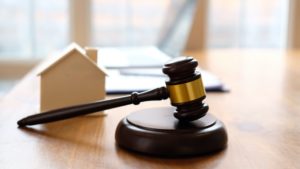 What Does Equitable Distribution Mean in the Divorce Process?

Pennsylvania, New Jersey, and Delaware are “equitable distribution” states (as opposed to states like California which are community property states). This means that during the divorce process, the courts decide what they consider to be an equitable or fair distribution of the marital assets between the divorcing spouses. In a community property state, the parties are generally entitled to a 50/50 distribution of marital assets.

When going through a divorce in an “equitable distribution” state, it is very important to distinguish between marital and non-marital assets.

How do Courts Divide Property you Acquired During Your Marriage vs Pre- or Post-Separation? 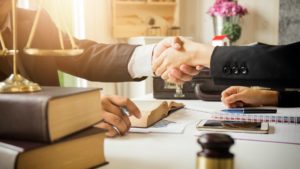 How is “Vanishing or Diminishing Credit” Calculated in Pennsylvania?

Some Pennsylvania Counties, including Bucks County, employ the concept of “vanishing or diminishing credit”. This credit is applied ratably over a twenty-year period. For example, if a spouse contributed $20,000 of non-marital funds towards the purchase of a jointly owned home, and the couple divorces fifteen years later, the contributing spouse may claim a diminishing credit and be considered to still retain a 25% non-marital interest in the original $20,000 contribution. While Bucks County commonly applies for a diminishing credit, in other Pennsylvania counties, it is generally up to the judge to determine whether any credit remains in similar circumstances.

Issues can also arise if one or both spouses withdraw funds, marital or separate, before the final distribution. If any of those funds are invested (such as in a house, real estate, or investment account), the increase in the value of such investment may or may not be considered a marital asset. As a result, Ms. Bloom recommended that any such distribution prior to the final divorce decree be subject to an agreement between the parties regarding any increase in value. 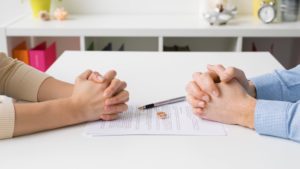 Does a Prenuptial Agreement Protect Assets?

Who Can Help You Understand Your Marital Assets?