Ms. Shapson is a partner with Berner Klaw & Watson LLP, a boutique, woman-owned firm where she practices family law in both Pennsylvania and New Jersey. She currently serves as Co-Chair of the Philadelphia Bar Association’s Family Law Section Mentoring Committee and is the former Co-Chair of the Equitable Distribution Committee. In addition, Ms. Shapson is a member of the Executive Committee of The Nicholas A. Cipriani American Inn of Court, where she has served as Co-Chair of the Programming Committee since 2013. She lectures frequently on family law issues and has written numerous articles for The Legal Intelligencer. Ms. Shapson has been consistently named as a Pennsylvania Super Lawyer since 2013 and to the First Judicial District’s Pro Bono Roll of Honor, for exemplary pro bono work, eight times in the last ten years. She is a trained mediator and collaborative practice attorney; she is also a trained parenting coordinator approved in Bucks, Chester and Philadelphia Counties and is available to serve as an arbitrator. Ms. Shapson received her J.D from Villanova University School of Law and her Bachelor of Science in Business Administration from Bucknell University. 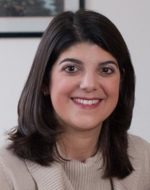