Michael Kleiman is a founding member of the King of Prussia law firm of Bleczinski, Kleiman & Klein, LLC, where his practice focuses on all aspects of family law, including divorce, custody, support, equitable distribution, pre-nuptial agreements, protection from abuse, and adoption.

He graduated with honors in Government from Franklin & Marshall College and from the University of Pittsburgh School of Law where he was an editor of the Law Review. Upon graduation, Mr. Kleiman was presented the Statewide Award of Excellence in Family Law by the American Academy of Matrimonial Lawyers. Mr. Kleiman served as a law clerk for the Honorable Anita B. Brody in the Montgomery County Court of Common Pleas. 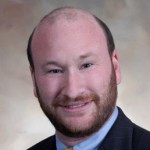